Elke is a Belgian national with a Master’s Degree in Labour and Organisational Psychology and a 2nd Master’s Degree in Business Administration, both obtained at KU Leuven. After her studies, she started working as HR Officer in the Tax department of an international audit firm in Brussels (Big 4). In 2003, she joined the Brussels office of a UK recruitment group as Recruitment Consultant, then moved on to Team Leadership, and in 2008, she became Divisional Leader and co-managed the Belgian branch until the end of 2013.

She then founded Care4You with Agnès.

Elke is Dutch mother tongue with fluent English and French. 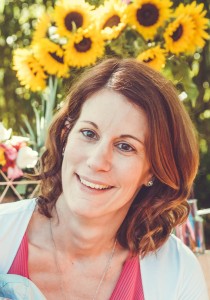 Agnès is a French national with a Master’s Degree in Business Administration (University of Paris XII) and a Master’s Degree in Law (University of Bristol, UK). She began her career in 1994 in the field of European Affairs in Bristol before joining a top management consulting firm as HR Coordinator in Paris. In 1997, she became a Recruitment Consultant in a UK recruitment group. In 2001, she transferred to the Group’s Brussels office as Team Leader. As of 2008, she moved on to Divisional Leadership and co-managed the Belgian branch until the end of 2013.

She then founded Care4You with Elke.

Agnès is fluent in French and English, with knowledge of Italian and Spanish.